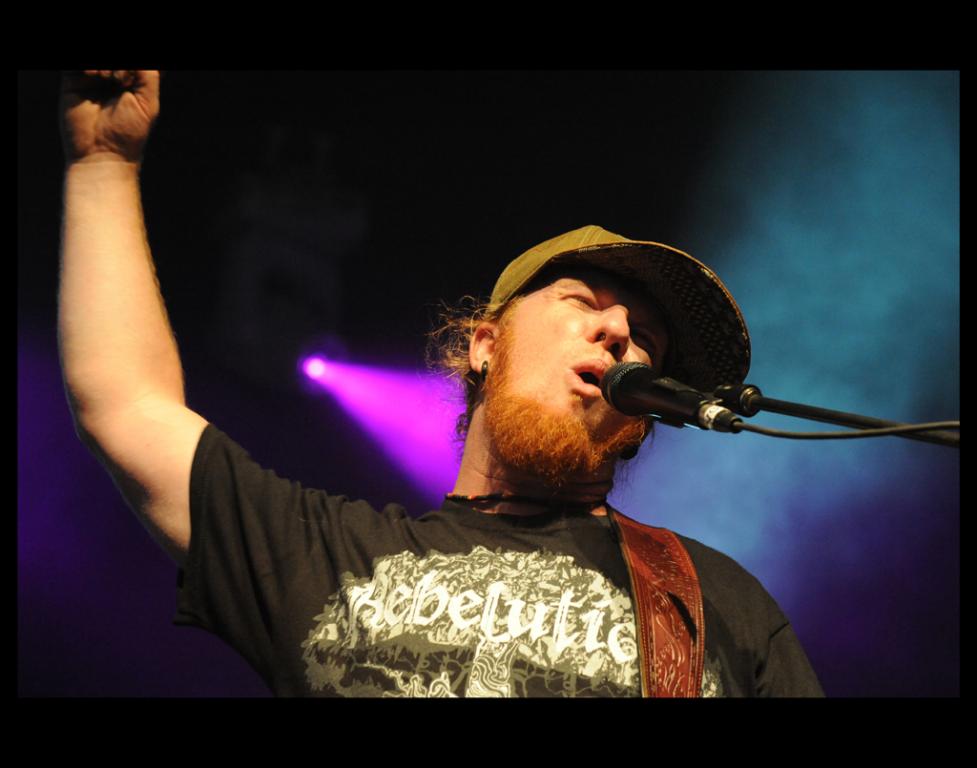 The sound captured on their latest album, Live Vol. 1, is the result of years of absorbing diverse influences into their bedrock of "jam-meets-reggae." The latest style to work its way into the ROC sound comes courtesy in part of new bassist Chris Beam, whose background in electronic/trance music helped facilitate the band's recent shift incorporating lengthier dance-driven explorations, still spiked with ROC's own special dub/rock/reggae flavor. Beyond the amazing music, in keeping with their conscious efforts, the album's packaging is 70% post-consumer product recycled cardboard.

There's no better representation of ROC's recently perfected, bigger, badder sound than the fast-paced experience of Live Vol. 1, released by Harmonized Records in May 2008. From addictive reggae pop songs to consciously charged roots rhythms and berzerk electronic improvisations, the grace and precision with which ROC execute their bass-heavy works is overwhelming. Their roots are tinged with rock, their rock brushed with electronica, and they're as likely to dash off into a 10-minute guitar-led groove as they are to perform righteous vocal songs that resonate like the roots-rock classics of old. From the steamy opener "Oh Lord" to the extended jams on "Void" and "Proggae," both favorites from their critically acclaimed Rise Up album, there's an urgency and dedication to perfection unmatched by other live releases.