Nationally touring Reggae-Rock-Dubtronica band, Roots of Creation, releases their widely anticipated fourth album, RoC Live Vol. #2 (Harmonized Records). Based out of New Hampshire RoC toured extensively 2008-10, playing 300+ shows around the country and the US Virgin Islands. The selections for this new album were chosen from the best performances of 2009 and 2010, including songs from their very popular sets at Wormtown and Nateva Music Festivals, The Paradise Rock Club in Boston and more. Live Vol #2 features the hit single ‘Policy’ and stylistic covers of classics by the Talking Heads and Tom Petty. Other album highlights include epic instrumentals ‘Mammoth’ and ‘Dubby Conqueror.’ 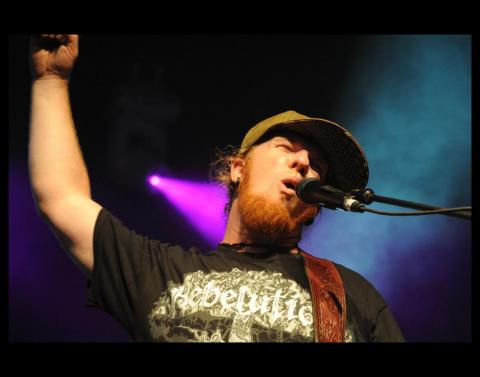