With the success of Garaj Mahal’s Live Vol. 1-3 releases, the world is now ready to hear the first eruptions of this band’s volcanic evolution.

When keyboardist Eric Levy joined the band, the event took place at In The Pocket Studios in San Francisco, CA. Guitarist and fellow Chicagoan Fareed Haque had tapped Levy to join Garaj Mahal, who were already performing regularly. Veteran bassist Kai Eckhardt and highly sought drummer Alan Hertz, residents of San Francisco, formed a rhythm section of unmatched skill. With Haque’s gymnastic six-string workouts and Levy’s finely honed keyboard work, the possibilities for the new Garaj were infinite. The quartet immediately captured their sound in the studio, and wound up with more than an hour of stunning material. Friends DJ Fly Agaric, DJ Roto, and The String Cheese Incident’s Michael Kang contributed to the proceedings.

That was the winter of 2000, and not until now are the urgent, multi-dimensional sonic journeys that comprise Mondo Garaj available for all to enjoy. With moods ranging from explosive to surreal and everything in between, the album is transcendental and technically amazing all at once. Harmonized Records is ecstatic to bring this unheard gem to the masses. The music defies conventional description, but the mix of studied jazz, eclectic world rhythms, focused funk, and spontaneous creation is immune from comparisons. 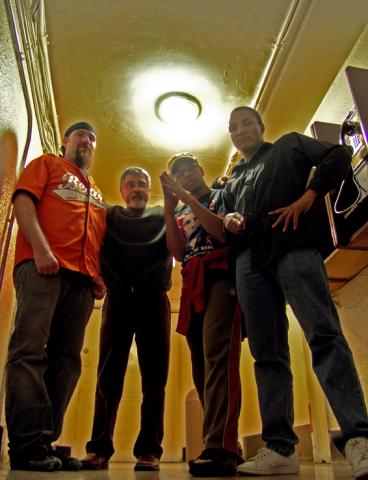