Recorded in their hometown of Chicago during the Summer of 2009, Future Rock are prepared to release a live album capturing the raw energy of a live-electronic performance that packed the fair streets of their city, turning rooftops into dance floors and fans into maniacs hanging out of open windows. The atmosphere and the songs-six of which have never officially been released-are the best representation of Future Rock ever recorded. "Live in Wicker Park" also features live remixes of Black Moth Super Rainbow and Death from Above 1979 that are sweeping proof of Future Rock's remarkable remix skills. Their Neon Indian remix, a web exclusive, recently received praise from the likes of Pitchfork Media, Stereogum, URB and Brooklyn Vegan, to name of few. But that's not all.

The live album is a 52-minute wall of sound that'll leave listeners wondering how three people create the rhythmic textures that seem to come from a small army, rather than just a trio. The album saunters in with the airy-house of "Understand the Sky" and sprints towards hyper speed down a rabbit hole for "Pedal Metal"- finding a way to go everywhere in between without losing the band's identity.

Mickey Kellerman and Felix Moreno, alongside drummer Darren Heitz, are the driving force behind Future Rock. During their explosive live show, all three members wield synthesizers, live loops and samples-Kellerman on the keys, Moreno on the bass, Heitz on drums-to form an amalgamation of excitement, constructed completely live, onstage. The Chicago trio has been perfecting its brand of live-instrument dance music since 2004 and-just like Future Rock's pulsating and escalating anthems-their momentum is about to explode.

Unlike some other electronic bands that also use a foundation of live samples and loops, Future Rock is more concerned with making songs than being progressive sheerly for the sake of it. Melodies trump abstraction and true emotion beats the bizarre on the album. "I'm not a shy bass player, I want you to hear the bass string clank against the fret," Moreno says. "Unlike many electronic musicians, we're not afraid of the major key."

"We're a little strange," Kellerman adds, "we don't fit into any genre."

Future Rock began their ascent by rocking after-party sets usually reserved for DJ's and soon became the burgeoning festival favorite they are today. Along the way, their LED-heavy light show has become one of the best in the business. Their albums "Sugar Coated Bullets" (2006) and "Gears" (2007), alongside unforgettable live performances and crafty remixes, showcase Future Rock‚Äôs ability to exist above and beyond all that is mediocre in music today. 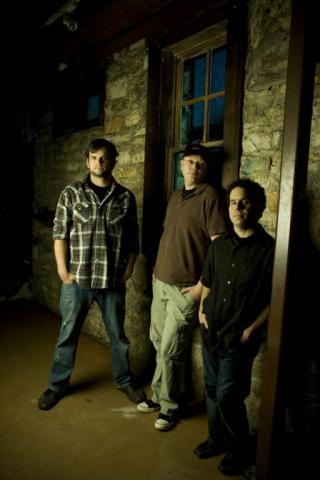