Hot Buttered Rum’s Well-Oiled Machine was produced by Mike Marshall and recorded by famed Garcia/ Grisman engineer db Dave Dennison. This is the band’s second studio effort that has one foot in the door paying homage to traditions of folk, Americana and bluegrass, and the other wildly kicking out in every direction of the musical universe. HBR’s sound is as familiar and inviting as it is fresh and original, seamlessly weaving elements of folk, rock, reggae and bluegrass within the fabric of intelligent and inspiring songwriting.

Read some of the reviews of the album:

“If you are looking for a group pursuing some new sounds, with a mind of its own, not willing to stay on the big wide traditional bluegrass highway, this may just the ticket”. - Bluegrass Underground

“With pretty melodies from every instrument (even the banjo), progressive bluegrass quintet Hot Buttered Rum smoothes out some of bluegrass’s ragged edges. Although the band plays in a genre often defined by its self-imposed limitations, Bryan Horne breaks from the root-5 box with sweet counter-melodies and lyrical jazz-influenced solos. His arco accompaniment and solo underpin the light bounce of the instrumental “Water Pocket Fold” and make it one of the albums highlights!” - Bass Player Magazine

“Musically accomplished, lyrically thoughtful and compositionally satisfying, Hot Buttered Rum dips into bluegrass' roots while juicing it up with their own brand of infectious elixir. This joyfully innovative collection is guaranteed to make you smile. It will also make you want to dance. And, it will also make you recall that wonderful bluegrass fusion collection, "Old and In the Way" (1975), featuring Jerry Garcia, Vassar Clements, David Grisman and Peter Rowan. The key to the fun is how Hot Buttered Rum takes the edge off of traditional bluegrass without losing any of its essence. The result is music performed for its sheer pleasure by musicians who sound as if they have been playing together for a few decades, not just a few years. You really need to hear this intoxicating collection." - Minor 7th Webzine 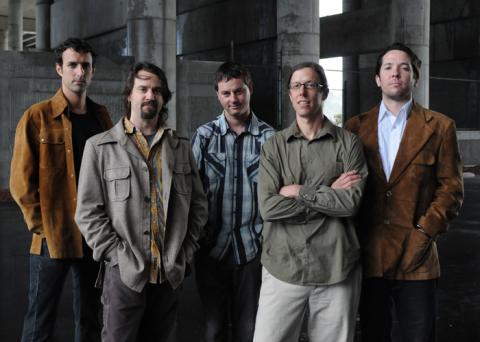