Nerve, the 2003 album from ULU, is a perfect example of what I like to call New Age Funk. ULU displays an amazing amount of different beats along with great rhythms throughout the album. The entire record is a tribute to their musical talent. With few songs with lyrics, the instruments are the vocals of this album.

The album Nerve is an album you put in your CD player and just groove to the entire way through. The best way I can describe this is when you put the album in, you feet automatically want to go along with the beat. Where’s Paul, the first track, is a direct reminder of the funk portion of the Grammy’s this year. Give Yourself Away, the fifth track has some soulful lyrics to go along with a mean beat throughout. Reunited is the slow song of the 13 track album, which gives a tune that you would want to get your girlfriend/boyfriend and just slow dance to.

The foursome of ULU put together a powerful, soulful, and most of all, funky group of songs to compose Nerve. If you’re in the mood for a funky night, I would highly suggest this album as your selection. Even if you aren’t though, the album is still a solid overall choice for any occasion. 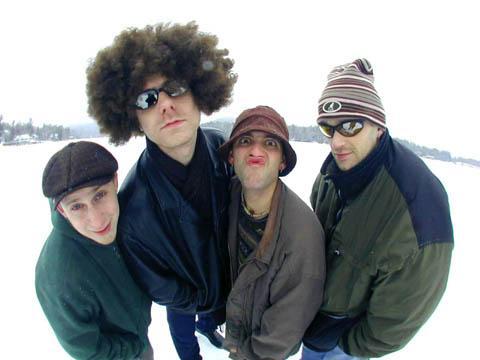