Modereko is a band that personifies the technique of musical democracy. Not only is their moniker a fusion of band member’s names, the music they make is a fusion of their accomplished individual styles.

Modereko’s members perform with luminaries like Bruce Hornsby and Phil Lesh And Friends when they are not together creating their one-of-a-kind sounds. More than musicians, the band boasts producers and music teachers in its lineup. Drummer John Molo has become a revered rhythm-creator in genres from jazz to rock. Saxophonist Bobby Read is a well-known jazz player who is also a sound engineer and producer. Guitarist Tim Kobza teaches at the University of Southern California when not on the road performing. Keyboardist JT Thomas fills his spare time producing TV and film music. Bassist Dan Conway is a wunderkind from NYC whose colorful low-end foundations bring vibrance to the sound of Modereko.

The result of their collaboration is a unique band that values the unknown areas of improvisation as much as it does the construction of towering compositions. On Solar Igniter, listeners are treated to lush, polyrhythmic tones that crackle with the brainy togetherness of jazz and the freewheeling attitude of rock. With hints of samba, funk, and world music, Modereko’s sound takes on a life of its own. Guitar solos are alternately ferocious and restrained, keyboards break the surface of the music and plunge back into its depths, sax madness serves as the transmission between moods, and the drums and bass are as constant as the rise and fall of the sun. Adding to this diverse set of songs is the incomparable Keller Williams, who lends his guitar and vocal prowess to three tracks.

What occurs on Solar Igniter is a veritable all-star project that gets weird enough to entertain serious listeners, but keeps the rhythmic heartbeat close at hand for those in search of groove. 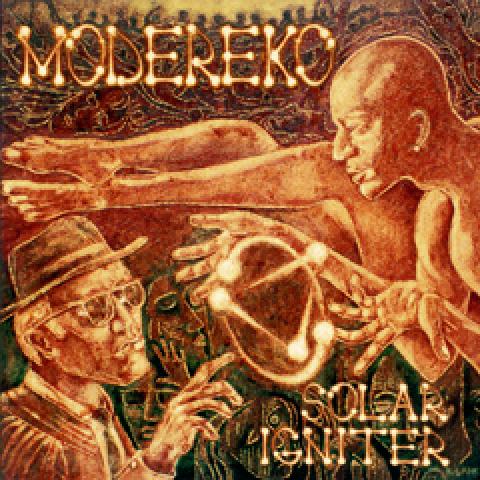