Mecca Bodega is an explosive world class percussion ensemble from New York City featuring a cultural collage of global drumming and melodic sensibilities. Their international sound has been tempered by the melting pot that is NYC, and the music is full of urban influences that play tug-of-war with the tribal atmosphere that is inherent to their instruments. The result is polyrhythmic trance music that owes as much to subways and city streets of America as it does to the plains of Africa or the outback of Australia.

Now the rhythmic beat masters offer up "Skin", their powerful 7th release and their debut on Harmonized Records. Djembes, dumbeks, frame drums, hammered dulcimers and an array of found objects define the pulse that elevates the spirit and makes you want to groove all night! 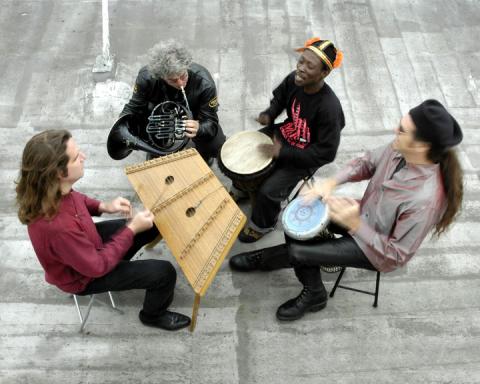