Guitarist/Vocalist/Songwriter Fuzz has an undeniably energetic approach to music. As part of one of the funkiest bands ever, Deep Banana Blackout, and with his side project On The Corner, Fuzz tapped into the most colorful portions of jazz, rock, blues, and funk to develop a signature style that remains to this day. Now the bandleader presents his wholly new project, Big Fuzz. With talented bandmates Rob Somerville (sax), Rob Volo (trombone), Benj LeFevre (bass), Andy Sanesi (drums), and Barry Seelen (keys) working up a sweat alongside him, Fuzz has taken his vision to higher levels of rock.

The inventive musician’s new album on Harmonized Records expands his reach as it bristles with undeniable appeal. Exercising The Demons is a focused collection of supremely catchy songs that tap into Fuzz’s inherent knack for crafting classic horn-laden, drum-heavy funk masterpieces. With his muscular guitar riffs and satisfying solos added to the mix plus gelatinous keyboards and triumphant vocal harmonies, the result is an album that quickly satisfies all kinds of music fans. Exercising The Demons excels in every facet of the musical spectrum, from hard-hitting rock calisthenics to steady blues cooldowns and strenuous soul. 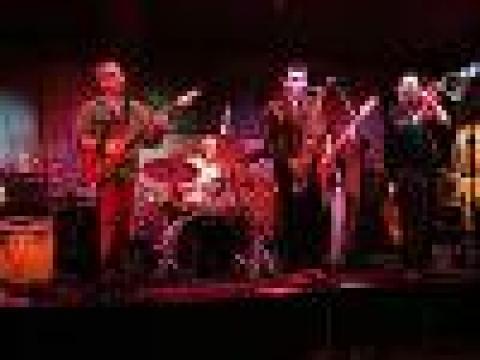